Huaraches Sandals and the Tarahumara Runners

Even if you are relatively new to barefoot running or ultra marathons, there’s a good chance you’ve heard of huaraches, the Tarahumara, or both. But you may be wondering what the fuss is all about. Who exactly are the Tarahumara? And what are huaraches?
If so, you’ve come to the right place. We’ll give you a quick overview and even tell you how you can craft your own pair of huaraches running sandals in case you get inspired.

Who Are the Tarahumara?

The Tarahumara are an indigenous tribe living in the state of Chihuahua, in northwestern Mexico. Though they once spread widely over the region, they withdrew into the safety of the Sierra Madre mountains and remote places like Copper Canyon when the Spanish conquered the area in the 1500s. (The area of the Sierra Madre Occidental range where they live is now often known as the “Sierra Tarahumara.”)

By keeping a bit out of the way and minimizing contact with the outside world, they have managed to largely maintain a traditional lifestyle, which includes inhabiting natural shelters and frequently moving as they seek pasture for their livestock herds. Because of their relative isolation, Tarahumara culture has been studied for decades by scholars like anthropologist John Kennedy and others interested in their unique traditions.

The reason they are of interest to the running community, however, has to do with their athletic performance. The Tarahumara Indians have a long-distance running tradition that has produced some of the most impressive feats of long-distance running recorded. While most of us find it overwhelming to contemplate running a few hours, Tarahumara runners routinely run distances of up to 200 miles in one session over the course of two days. It isn’t just the Tarahumara men who run, either; Tarahumara culture also encourages women to take part.

In fact, their own name for themselves, Rarámuri, means “runners on foot” or perhaps “those who run fast.” (There’s apparently a bit of debate among anthropologists about exactly what it means. But it almost certainly has something to do with running. So the tradition of running among the Rarámuri population has a long history.)

As you might expect, the Tarahumara didn’t start running ultra marathon distances just for the fun of it. It is known that running has been used by the tribe to catch game. There is a type of hunting called persistence hunting, which basically involves chasing an animal around until it collapses from exhaustion.
(Interestingly, humans are a lot better and long-distance running than animals because our sweat glands give us the ability to regulate our body temperature by sweating. While animals like deer and wild turkeys are faster, a Tarahumara hunter can go much longer. After a few hours of being chased around, animals just can’t keep it up.)

The endurance the Tarahumara runners developed for persistent hunts also seems to have been important for communication among Tarahumara villages and to have developed religious significance in Tarahumara culture.

They do have fun with it, too. Tarahumara men kick wooden balls in races called “foot throwing races.”) In these relay races, one Tarahumara runner kicks a ball while his teammates run ahead to a relay point. These races can last from a few hours to a couple of days without a break. Tarahumara women participate as well, though not quite in the same way. They drive along hoops using a stick.

These amazing Tarahumara footraces through rough canyon country one day caught the attention of journalist Christopher McDougall, who was trying to figure out why he couldn’t run without injuring himself. His best-selling book, Born to Run, tells the story of his time with the Tarahumara runners and the revolutionary conclusions he came to about what we can learn from them about running.

He took away several lessons. One has to do with diet and lifestyle. The long-distance runners of the Tarahumara aren’t sitting around all day on couches eating fast food. He argues their simple diet of corn and beans with small amounts of meat contributes to a healthier body free from inflammation and ready for the rigors of endurance running.

He also theorizes that their running form has a lot to do with why they can go such long distances. They hold their bodies differently and have a different stride than we are used to.

But what is particularly interesting for our purposes and connects up to our next topic is that he noticed something about their shoes. Runners in Tarahumara footraces don’t wear the typical running shoe we are used to with nice, thick heels and lots of support. McDougall ended up concluding that footwear and form were connected. It was what this hidden tribe was wearing on its feet that gave it such an advantage in endurance running. So what’s their big secret?

Surprisingly, the Tarahumara Indians were running in flimsy little sandals with no support and no cushion to speak of. They are the opposite of the typical sneaker that you and I grew up wearing for a run. These traditional sandals are called “huaraches” and consist of a simple leather sole and leather straps to secure it to the runner’s foot.

Today, if you go looking for huaraches, you’ll see that this name covers a wide variety of footwear that is inspired by traditional Mexican designs. Many of them are pretty fancy and a long distance from what the Tarahumara runners wear. You may even see the Nike Huarache, which is about as far from a true huarache as you can get.

But here’s the question you might be asking yourself: Why would anyone want to run in huaraches sandals? Aren’t modern running shoes much better?

Let’s go back to McDougall’s book Born to Run. Remember that we said the form and the footwear were related? McDougall argues that our feet are naturally designed to function perfectly well for running. Prehistoric humans weren’t wearing Nike Huarache running shoes.

He even suggests that it is the modern running shoe that gives us problems. In particular, the thick heel allows us to run with a heel strike that we could never do barefoot because it would hurt. When we run barefoot, we run differently, in a way that is much gentler on our feet (and the rest of our bodies).

So this is the logic of wearing huaraches: the thin, flexible sole encourages us to run as though we were barefoot, which encourages the form that is best for our bodies. The Sierra Tarahumara is not a place abounding in soft, grassy paths, however. So the thin sole does provide necessary protection for the foot in rough canyon country.

McDougall’s book caused many people to rethink what they thought they knew about long-distance running. For one thing, he claims we are all naturally born to run and that humans are specially equipped for long distances. For another, the best thing for our feet and form when running is minimal footwear that allows our feet to move as naturally as possible.

In case you’re wondering, there has been some research to back this up. One study showed that people who are used to wearing shoes indeed run very differently than those used to running barefoot or in minimalist shoes. Other research indicates that barefoot-style shoes promote greater strength in the muscles of the foot.

Shoe companies have been quick to respond to this interest in huaraches and barefoot-style running. One company that has been a pioneer in this area and focuses on creating shoes and sandals that get as close to the barefoot experience as possible is Xero Shoes. They even have kits available that allow you to make your owncustom huaraches that recreate the simple running sandals a Tarahumara runner would wear. 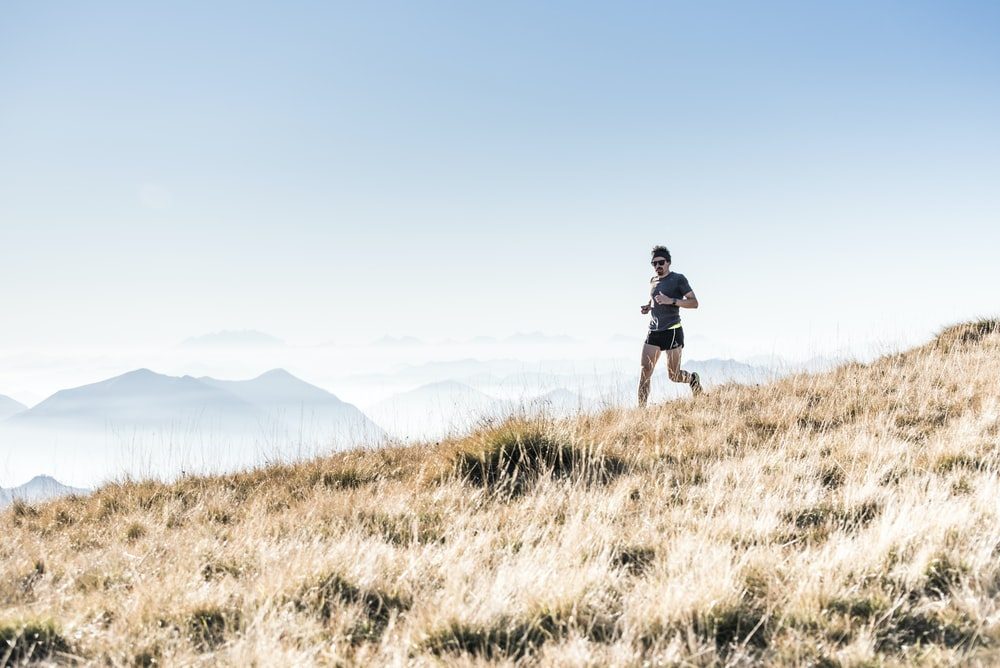 Getting Involved in Long-Distance Running

If all of this sounds really interesting to you, you might wonder how you can get started. It probably goes without saying that all long-distance runners begin slowly. You’re not going to run 200 miles tomorrow. And if you’re going to be running barefoot or in minimalist shoes, and this is new to you, that times some time for adjustment, too.

Feel free to check out our pages on barefoot running, barefoot shoes, and barefoot sandals. As you can imagine, there are lots of other resources on the internet.Ultra Running Magazine might be a good place to start in reading about endurance running.

Finally, we wanted to leave you with a little inspiration — something to shoot for someday. One of the central characters in the book Born to Run was a man called Caballo Blanco – which means “white horse;” his real name was Michael True. He was from the States but spent much of his life among the Tarahumara and was concerned with preserving Tarahumara culture and their way of life.

He started a fifty-mile ultramarathon in 2003 that is still being run every year in Chihuahua in northwestern Mexico. For a time, it was called the Copper Canyon Ultramarathon, but since his death, race organizers have renamed it the Ultra Maratón Caballo Blanco.

The race now attracts over 1,000 of the best runners from all over the world. It probably attracts some of the not-so-best, too. In any case, for those long-distance runners who got their original inspiration from the Tarahumara footraces, it’s an amazing opportunity to take part in their long-distance running tradition.

And don’t worry; no one will make you kick a wooden ball.